In the modern technological landscape, few things have captured our attention like virtual reality. As a culture, we’re fascinated with our ability to create our own reality, expand our minds, and revel in the new digital environments that have been opened up to us. Despite the growing recognition and acceptance of VR as a household device, there are still a misconceptions concerning VR that are floating around. (Related: augmented reality medical training, VR medical training, AR + VR medical education)

Like cellphones or artificial intelligence, virtual reality is a relatively old invention that has been evolving and advancing over several decades. The first form of VR is actually more than 50 year old – the first prototype, called “The Sword of Damocles”, was developed in 1966. The device was a head-mounted display that played 3D  visuals and audio and blew air and custom aromas to attempt to simulate a virtual environment. Even though the technology has been around since the 1960s, it was only available at that time to those with big budgets. Organizations like NASA and the U.S. Air Force adapted and utilized virtual reality, early on, and contributed millions of dollars and several decades of R&D on the technology. Over time, tech companies have jumped in and to really kickstart the industry and accelerate VR to the multi-billion industry that it is now.

VIRTUAL REALITY IS ONLY FOR ENTERTAINMENT PURPOSES

Although the gaming and entertainment sectors have yielded the most immediate results and popularity in VR, this technology is already being used in many other industries and is expected to be utilized in almost every field in the near future. Goldman Sachs projected that, by 2025, the entertainment sector would actually only represent half of the entire VR market, with healthcare applications being the largest component of the non-entertainment VR market. Virtual reality is utilized in a huge way in every level of education, both for enhanced teaching techniques and as a remote education option. VR’s broad application spectrum is making it easier for sectors like business, military, exploration and engineering to gain traction and become leaders in the VR space.

This is not necessarily a misconception, since there is a degree of truth to it. Earlier versions of VR devices could cause nausea and dizziness, a term known as cyber sickness. The human brain cannot adapt quickly enough to all the stimuli in a VR environment, since the stimuli are concentrated on the eyes instead of the entire body. When the eyes perceive a motion and the body doesn’t, the lack of physical reference points during movement can cause some discomfort or disorientation.

However, the newer headsets now come with high-resolution displays and top-notch head-tracking capabilities that have solved the cyber sickness problem for most people. Developers are creating higher frame rates, shorter latency times, and reduced lag in order to lessen the nauseating effect. If a user is wary of or still experiences VR motion sickness, the best way to get them used to an immersive experience is slowly: only use VR for concise periods of time, gradually adding time spent in the simulations. Sitting down can help alleviate any queasiness, and of course, a user can always take off the headset. 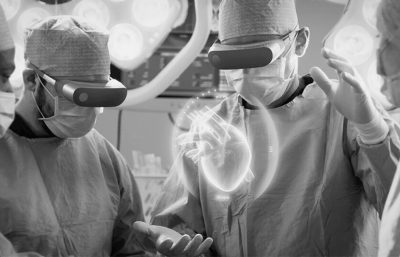 Why Virtual Cadavers Are a Wise Investment for Medical Schools 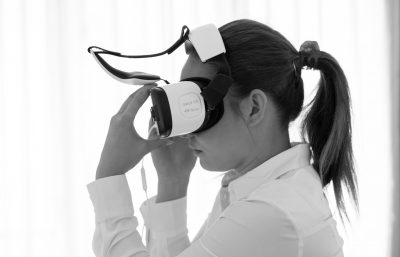 3 Tips to Help You Stay Safe in Virtual Reality